John Macaulay was lost when SS Kenmare was torpedoed in the Irish Sea on Saturday, 2 March 1918. He came from the village of Islivig in the district of Uig in Lewis. His remains turned up on the east coast of Ireland, north of Dublin, and lie buried in a grave in Balrothery. His grave is marked by a Commonwealth War¬graves Commission headstone.

This tribute is dedicated to his memory, and endeavours to tell the story of SS Kenmare and its crew, the German submarine U-104 which fired the fatal torpedo and John Macaulay’s final resting place. 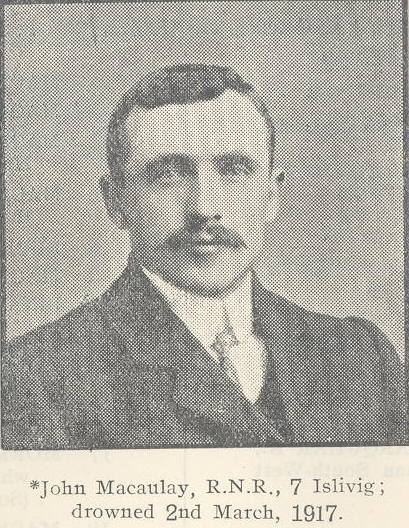 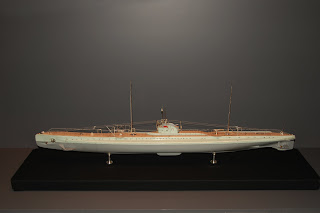 Leading deckhand John Macaulay, late of 7 Islivig, Isle of Lewis, perished in the sinking of SS Kenmare in the Irish Sea on 2 March 1918.

This blog will incorporate the results of researches on John, his ship and its crew.

Contributions from David J. Grundy of Skerries, Dublin, Ireland; Guido Blokland of Stornoway, Isle of Lewis, Scotland; and others as attributed. All copyright reserved; please do not use any of the material displayed on this site without prior consent. Please use the below Kontactr button to contact the site owner.